Ethereum: more than a million ETH has been burned

Ethereum: more than a million ETH has been burned since the implementation of EIP-1559

On Ethereum, the EIP-1559 update introduced a “burn” mechanism, which allowed part of the transaction fees to be destroyed. Since last August, 1 million ETH has been burned, or $ 4.2 billion. What effect does this have?

Ethereum continues to burn its ETH.

As a reminder, the “burn” mechanism was introduced on Ethereum during the overhaul of the processes linked to transaction fees. It makes it possible to get rid of part of the ETH for each transaction to promote a deflationary effect, and therefore to support the cryptocurrency’s price in the long term.

If we look at the data published on Ultrasound. money, we see that the number of ETH burned has recently exceeded one million. This increase means that the network burns 6.27 ETH per minute on average, almost $ 27,000 at the current rate. This reduces the ETH supply to 5.4 million per year on average.

The projects that burn the most tokens

We also learn that OpenSea, the largest non-fungible token (NFT) marketplace, burns the most ETH. In total, it destroyed 110,000 ETH, which puts the project ahead of simple Ether transfers: 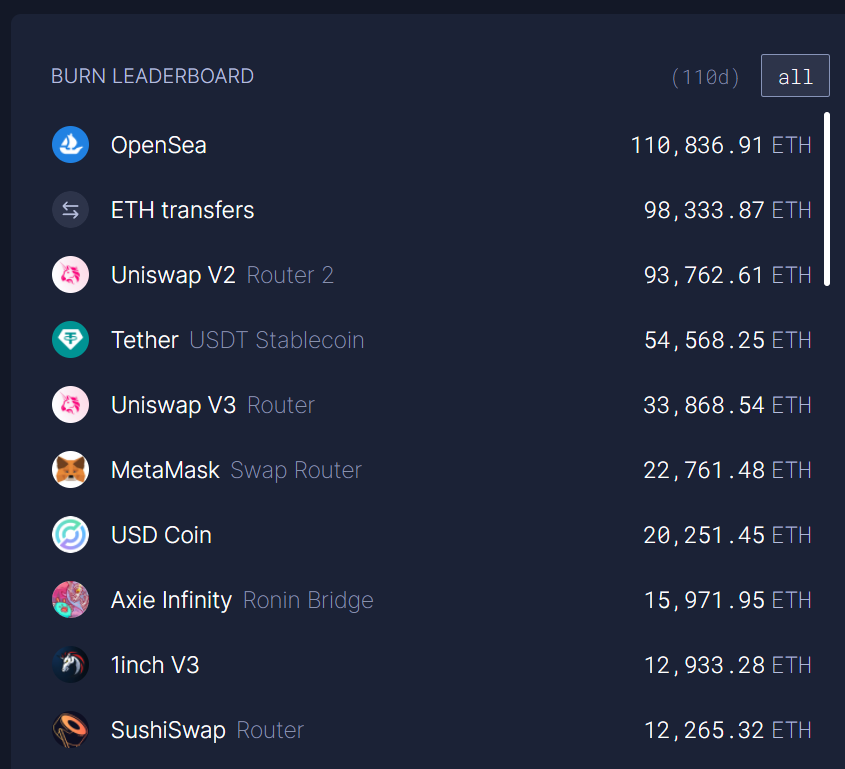 Ranking of projects by a number of ETH burned – Source: Ultrasound. money

We note that the decentralized exchange platform (DEX) Uniswap takes third and fifth place in the ranking in its versions V2 and V3. And the Axie Infinity project is one of the few NFT projects to appear at the top of the rankings, confirming its current appeal.

A mechanism to support the course?

If ether burns have been so closely watched, it is because they are supposed to support the long-term price. From this point of view, the manoeuvre seems to have worked. The price of ETH has progressed almost continuously since EIP-1559, which took place on August 5th. Ether hit an all-time high at $ 4,879 in early November: 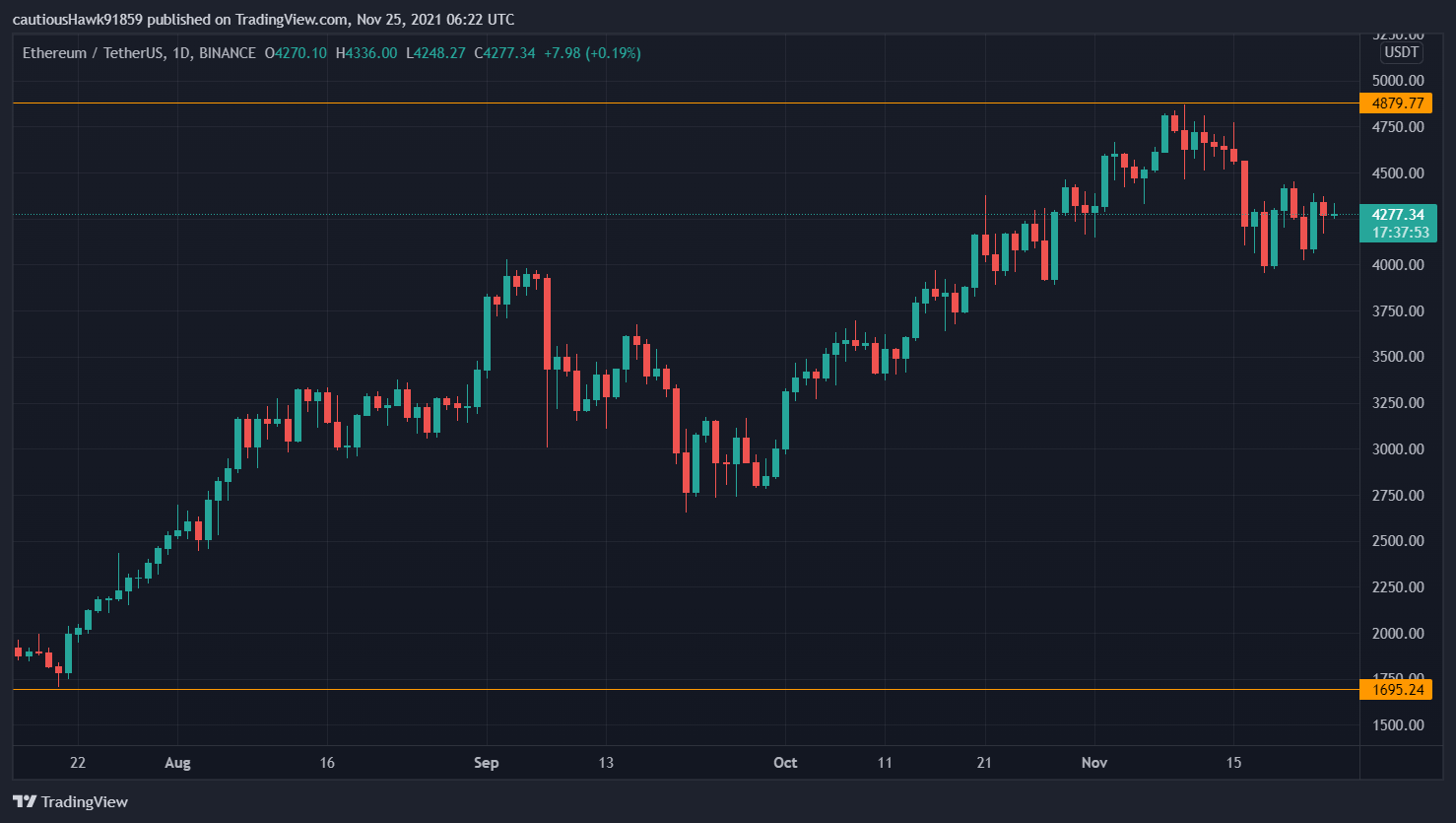 However, you should note that the trend is generalized: the price of Bitcoin (BTC) has also experienced soaring in recent months, with an all-time high reached around the same time.

Fees that continue to be prohibitive

As for transaction fees, however, the news is less encouraging. Users hoped that there wouldn’t be cost reduction, but at least more predictable and stop skyrocketing following the EIP-1559.

But rather, the opposite has taken place, with transaction costs again reaching record highs at the start of the month. And while this is popular with second-layer (or layer 2 ) solutions, it strangles some users unwilling to pay more than $ 60 in average fees.

Hence some criticism from the community, which often welcomes positive price movements while regretting that exorbitant fees accompany them. From this point of view, nothing is new at Ethereum.

Binance to set up its head office in Ireland