by Admin
in Forex News
0

GBP/USD has lost its recovery momentum after having climbed above 1.2000 earlier in the day. British Prime Minister Boris Johnson announced his resignation on Thursday and the data from the US showed that weekly initial jobless claims rose by 4,000 last week.

The GBP/USD pair has reversed its direction and climbed toward the 1.2000 are. This was after having slumped to its lowest level in more than a year at 1.1876 on Wednesday. The positive shift witnessed in risk sentiment helps the pair preserve its recovery momentum and buyers could remain interested in case 1.2000 turns into support. 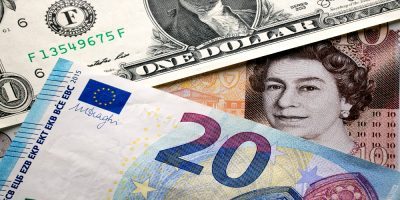 Earlier in the day, several news outlets, including the BBC, reported that British Prime Minister Boris Johnson is planning to announce his resignation on Thursday. Johnson is expected to remain in his position until a new leader for the Conservative Party is selected in late summer or early fall.

The initial reaction to this announcement provided a boost to the British pound. Reflecting the positive impact of this development on risk mood, the UK’s FTSE 100 Index is up more than 1%.

It’s worth noting, however, that a change in leadership is unlikely to lead to an improvement in economic conditions. Rising energy prices and the current squeeze on income are expected to cause a recession in the UK economy. The Bank of England (BOE) faces a tough balancing act regardless of who the new prime minister is.

In the second half of the day, May Durable Goods Orders and weekly Initial Jobless Claims data from the US will be looked upon for fresh impetus. In case risk flows dominate the markets in the American session, the pair could extend its recovery. Nevertheless, the fundamental picture suggests that the British pound’s gains are likely to be limited.