There have been many talks about bitcoin mining having an impact on climate change. Bitcoin mining is one of the highly rewarding crypto activities even though it is very expensive, difficult, and energy-consuming.

The recent crypto meltdown has made many quit bitcoin mining and sells off their bitcoin mining hardware. However, the early miners have made a fortune via bitcoin mining. There is still a huge reward for successfully mining bitcoin however its effect on our world needs to be addressed.

In this post, we’ll learn about Bitcoin mining and its impact on climate change. Before then, let’s know about cryptocurrency and Bitcoin.

Cryptocurrency is a digitally encrypted, decentralized currency that is not linked to or regulated by any government or central bank.

It is based on blockchain technology, which is a distributed ledger framework. Bitcoin is the first cryptocurrency created which has led to the creation of others alike known as altcoins.

Cryptos are categorized as virtual or digital currencies. They were originally developed to provide an alternative mode of payment for online transactions.

Bitcoin is a decentralized digital currency, without a central bank or single administrator. It can be sent from user to user on the p2p bitcoin network without the need for intermediaries.

The cryptocurrency was invented in 2008 by an unknown person or group of people using the name Satoshi Nakamoto. Bitcoin began use in 2009 when its implementation was released as open-source software.

As of today, Bitcoin is the largest and most popular cryptocurrency. Several other coins have been created using its model and are known as altcoins i.e. alternative currency.

Nakamoto capped the number of bitcoins that could be created at 21 million. As of today, there are 19,110,125 BTC in circulation. It’s expected that all remaining bitcoins will be released by 2140. 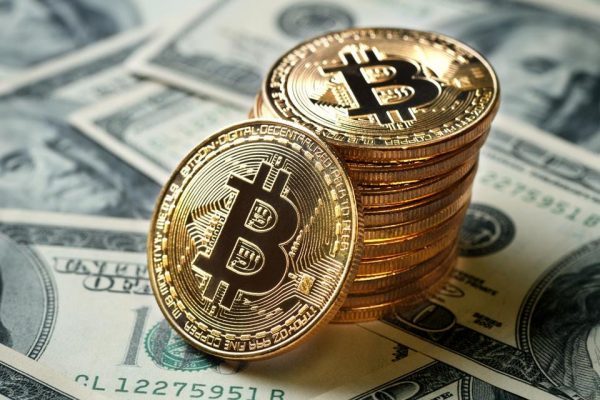 What is Bitcoin Mining?

Bitcoin mining is the process of creating new bitcoins by solving complicated math problems that verify transactions in the currency. Bitcoin miners receive Bitcoin as a reward for ”blocks” of verified transactions, which are added to the blockchain.

New bitcoins are released through mining, which is actually the process of validating and recording new transactions in the blockchain. The miner who achieves this first is rewarded with a new bitcoin.

Although Bitcoin mining is seen as a tough task due to its complex nature and high costs, it is still a way of earning from Bitcoin.

How does Bitcoin Mining Work?

Whenever a Bitcoin is successfully mined, a block is added to the blockchain which makes the miner earn a Bitcoin at the end.

For this to happen, bitcoin miners have to compete to solve extremely complex math problems. Expensive computers and enormous amounts of electricity are required to perform this task.

The computer hardware used is GPU (graphics processing unit) and ASICs (application-specific integrated circuits) which can cost up to $10,000.

Bitcoin miners look to generate a 64-bit hexadecimal number using a key called ”nonce for the target hash.  The first miners whose nonce generates a hash that is less than or equal to the target hash are awarded credit for completing that block.

How Much Can You Earn from Bitcoin Mining?

If a Bitcoin miner is able to successfully add a block to the blockchain, they will receive 6.25 bitcoin as a reward. The reward for BTC mining is reduced by half roughly every four years.

Miners always try to come up with the right nonce that will generate the target hash. This is not an easy task as it can take trillion of tries. This is however having impact on our world. Bitcoin mining is coming under increasing fire for ecological reasons.

With hundreds of thousands or more computers churning out guesses, Bitcoin is thought to consume 707 kwH per transaction. In addition, the computers consume additional energy because they generate heat and need to be kept cool.

It has been estimated that bitcoin mining consumes 121.36 terawatt hours a year. Some of the energy used comes from renewable sources, and that is mostly from hydropower, which can have harmful impacts on ecosystems and biodiversity.

Power plants and abandoned factories have been turned to bitcoin mining facilities in the US especially after the crack down on mining in China. One of the largest BTC mine in US, Greenidge Generation has had its greenhouse gas emissions increased almost ten-fold between 2019 and 2020.

Globally, Bitcoin’s power consumption has dire implications for climate change and achieving the goals of the Paris Accord because it translates into an estimated 22 to 22.9 million metric tons of CO2 emissions each year—equivalent to the CO2 emissions from the energy use of 2.6 to 2.7 billion homes for one year. One study warned that Bitcoin could push global warming beyond 2°C.

Power plants also consume large amounts of water. For example, Greenidge draws up to 139 million gallons of fresh water out of Seneca Lake each day to cool the plant. This discharges it some 30 to 50° F hotter than the lake’s average temperature, endangering the lake’s wildlife and ecology. Its large intake pipes also suck in and kill larvae, fish and other wildlife.

Another issue is that of e-waste. BTC miners want the most efficient hardware, capable of processing the most computations per unit of energy. This specialized hardware becomes obsolete every 1.5 years and can’t be reprogrammed to do anything else. It’s estimated that the Bitcoin network generates 11.5 kilotons of e-waste each year, this adds to the already huge e-waste problem.

What is the way Out?

The impact of bitcoin mining on climate change is one of the most discussed topics in our world today. Although data has shown that the impact of BTC mining is not up to that of the banking sector and gold, it has caused a stir. A sustainable approach for cryptocurrencies has been look out for by industry experts.

A number of crypto projects seek to reduce the carbon footprint of Bitcoin and cryptocurrency in general. One is Elon Musk’s Tesla who made moves for the creation of a new Bitcoin Mining Council to promote energy transparency.  An oversight central body will help in transition to a more energy efficient system.

Another firm is Crypto Climate Accord which was supported by 40 projects, with the goal of making blockchains run on 100 percent renewable energy by 2025 and having the entire cryptocurrency industry achieve net zero emissions by 2040. It aims to decarbonize blockchains through using more energy efficient validation methods, pushing for proof of work systems to be situated in areas with excess renewable energy that can be tapped, and encouraging the purchase of certificates to support renewable energy generators, much like carbon offsets support green projects.

Bitcoin mining has been under scrutiny for its powerful computers and power plants has been having impact on climate change. Emission of greenhouses gases have increased as well as consumption of energy. It is important to make cryptocurrencies sustainable as it continues to grow in our world and cement its place as a future currency.