What is Vita Inu (VINU)?

New projects are being launched in the crypto industry almost every day. While many of these projects never gain popularity before they go down or manage to stay up, Vita Inu has made the headlines recently.

Vita Inu belongs to the category of a cryptocurrency called ‘meme coins’. Today, there are over 200 meme coins in the crypto industry. These meme coins which include tokens like Dogecoin, Shiba Inu, and others have been doing well despite the bearish crypto market.

Vita Inu made the headlines in August when many crypto assets turned the red indexes. Its price skyrocketed by almost 200%, and this seems to be the track it’s treading in the future.

In this post, we’ll be getting you closer to this memecoin if you are looking for a small cap altcoin to diversify your portfolio into. But before then, let’s learn more about meme coins.

Meme coins are cryptocurrencies, like Bitcoin or Ethereum. But unlike those tokens, meme coins are normally designed as an homage to a meme, an interesting or funny idea captured in an image, video, or other forms of media. Like the memes they’re based on, meme coins are designed to go viral and be shared.

Memecoins are making waves in the crypto space today. Thanks to influencers and hype, these coins have been on the investors’ list.

Since DOGE has been created as a parody of bitcoin and has had its fair share of success in the crypto market, other meme coins have been created. Tesla & SpaceX CEO, Elon Musk,  has played a huge role in the growth of some of these coins via cryptic tweets on Twitter.

Since meme coins lack a purpose other than to be traded, they’re incredibly volatile. While cryptocurrencies, in general, suffer from more drastic swings in value than traditional currencies, meme coins take that volatility to an entirely different level.

One of the reasons that meme coins undergo such extreme changes in value is because of the way they’re designed. Unlike fiat currencies and most cryptocurrencies, meme coins often have an uncapped supply, meaning there’s no limit to how many of them can exist.

How do meme coins work?

Meme coins work like any other cryptocurrency, taking full advantage of the blockchain and related technology. In particular, they’ve popped up on blockchains that use smart contacts like Ethereum and Solana. Today, over 200 meme coins are floating around on these blockchains.

In the past, creating a meme coin took some technical know-how. But now, apps and sites have been developed that do all of the heavy liftings for you. DxLaunch, for example, offers everything you need to create and launch your very own meme coin. While this is good for accessibility, it also makes it possible for scammers to take advantage of less savvy investors.

Meme coins can be bought, sold, and traded like any other kind of cryptocurrency. Buying meme coins is no more difficult than purchasing Bitcoin or Ethereum.

Top Memecoins You Need to Know

Here’s a list of the top meme coins today.

Dogecoin, which trades by the symbol DOGE is the biggest meme coin today. It is also listed among the top cryptocurrency today having been created out of a joke.

Shiba Inu is the meme of Dogecoin which has the same Shiba Inu-dog mascot on its token. SHIB is the second-rated meme coin and is ranked 15th among thousands of cryptocurrencies.

Dogelon Mars is the dog-themed coin on Ethereum and Polygon platform. It follows the example of DOGE, SHIB, FLOKI, etc.

Samoyedcoin is Solana’s token meme coin. It aims to be community owned and fun.

Monacoin is an open-source decentralized cryptocurrency and a P2P payment platform.

HOGE describes itself as a community-driven Defi auto-staking ERC-20 token.

Dogebank is a token on Binance Smart Chain with deflationary properties and automatic yield generation.

This token was designed to bring Crypto Gaming to a mainstream audience.

Banano describes itself as a feeless, instant rich in potassium crypto. It is powered by directed acyclic graph technology that aims to disrupt the meme economy.

What is Vita Inu (VINU)?

Vita Inu is a tokenized meme coin with a high TPS and smart contracts that are based around dogs. It is the governance token of the VINU Ecosystem and is the native token of the Vite DAG chain. VINU is the world’s first fast, feeless (and cheeky) token.

The token’s guiding principles include having fun, meeting new people, and learning about day-to-day technical advancements.

Vita Inu seeks to play its part in building large DAG ecosystems where various cryptocurrencies may be moved around freely, securely, and efficiently.

The Vinuverse is under development and will comprise a full VR World, the VinuSwap Dapp, NFTs, Staking, Rewards, Events, Merch, and much more. 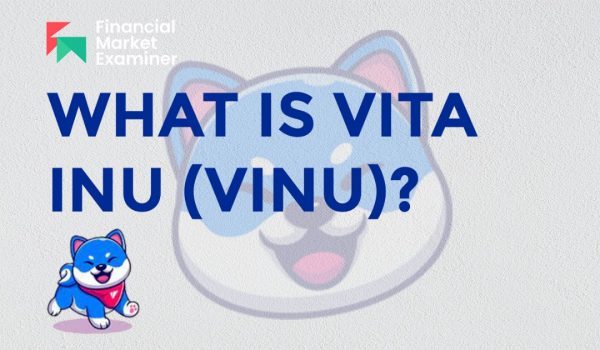 Why the Buzz About Vita Inu (VINU)?

Crypto projects are always created to solve problems. VINU on his own is also different from other meme coins. VINU says most cryptos are all bark and no bite, but it offers perks that disrupt the new meme economy.

VINU aims to do this with features that include zero fees, light-speed transactions, smart contracts, and high scalability.  Through VINU, both new and seasoned cryptocurrency advocates may learn about various cryptocurrencies and how they may be bridged and connected in a fun way.

Today, VINU has risen in popularity and is growing fast like the earlier and bigger meme coins, i.e. DOGE & SHIB.

Vita Inu spiked during August, making it one of the top altcoins to grow fast. According to CoinMarketCap, Vita Inu has spiked by 80% in the last 24 hours. VINU is currently trading at $0.00000002134 as of this writing.

Investing in cryptocurrency is the riskiest form of investment. As you can earn big so it is with not get any return on investment.

As for VINU, investors need to be careful despite showing the potential of an awesome crypto asset. It has a had sharp increase but purchasers are wary.

Customers should therefore keep investigating and examining the cryptocurrency markets before investing. Established meme coins such as Dogecoin, Shiba Inu, or even Tamadoge because they have weathered some storms in the industry and are still standing.

Vita Inu is one of the promising meme coins today. VINU thrives on features that include zero fees, light-speed transactions, smart contracts, and high scalability.

However, if you must invest in this cryptocurrency, you need to do your research and study the market. Other existing could be a better option because of their longevity.

Read Also- What is Algorand (ALGO)?

What You Need to Know About Binance & Mastercard Partnership

What You Need to Know About Binance & Mastercard Partnership