7 Things to Know About Sango Coin

Home » 7 Things to Know About Sango Coin
Previous Next

7 Things to Know About Sango Coin

Cryptocurrency is growing with more adoption globally. One of the countries that have adopted cryptocurrency is the Central African Republic (CAR) which has gone far as to release its own government-backed coin, called the SANGO Coin.

The president of the Central African Republic (CAR), Faustin-Archange Touadéra, had announced the launch of a crypto project in the country. The President made the announcement on June 27, 2022, via his official twitter account.

Sango Coin has burst into the scene and is already changing what it means to be a government-backed cryptocurrency. The first-of-its-kind cryptocurrency is bringing all of the power of the bitcoin blockchain to create a digital-first economy that is directly backed by the Central African Republic. 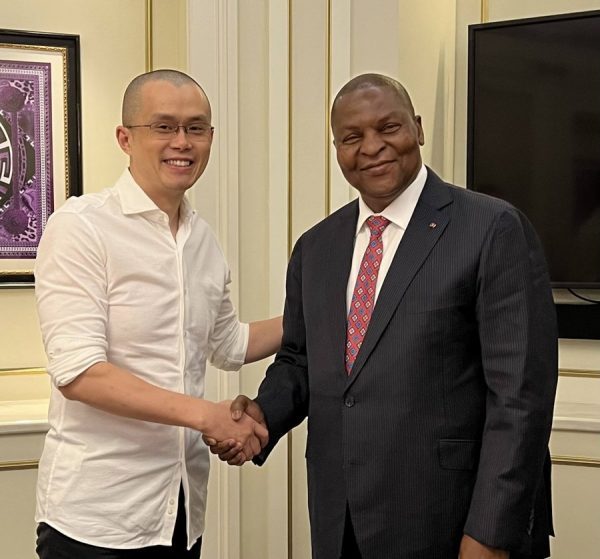 Here are 7 things to Know About Sango Coin

1. The entire Sango ecosystem is built on the bitcoin blockchain. The project leverages on the best parts of the bitcoin network while making up for areas where the network falls short.

2. Sango leverages smart contracts to provide more scalability, privacy, and programmability. It also reduces the burden on the bitcoin network by actually distributing the work to its own second layer.

3. The smart contracts help Sango to facilitate faster and cheaper transactions on the bitcoin network.

4. The nodes that the Sango Coin runs on are controlled by entities in the Central African Republic. The Institutional Quorum, as it’s called, is made up of the president, ministers, and members of the National Assembly who are democratically elected to assume this role.

5. The CAR is creating a more secure and citizenship-friendly monetary system that puts the growth of the country first with Sango Coin. The digital currencies are easily usable across borders, which eliminates the issue of not being able to carry out international trade easily using the local currency.

6. People can apply to become a citizen of the Central African Republic by buying and locking $60,000 worth of SANGO Coins, and they get a CAR passport for international travels.

7. Individuals and entities can purchase land in the Crypto City area of Bangui for $10,000 worth of locked SANGO tokens and get the metaverse alternative of the land too.

SANGO is no doubt building the most extensive digital democratic system, which gives every holder a voice in governance. The token’s value holds up nicely being backed by bitcoin, and investors own all of their tokens while creating a digital identity.