What is the Chance of Survival for Bitcoin in Crypto Meltdown?

Home » What is the Chance of Survival for Bitcoin in Crypto Meltdown?
Previous Next

What is the Chance of Survival for Bitcoin in Crypto Meltdown?

Bitcoin and other crypto-assets are in harsh times which has already seen some altcoins fizzling out of the industry. The global recession has also made it worse for these digital assets.

It is now a question of time to see where these digital currencies would be in the coming months. Bitcoin, which was created as a solution to the global crisis of 2008 has also tumbled this year. The chances of survival now look slim with the economic situation worldwide.

Bitcoin as Solution to Global Crisis in the Past

Bitcoin was launched in 2009 as a response to the 2008 global financial crisis. It introduced a new way to transact without depending on trust of third-parties, such as banks & other financial institutions.

Bitcoin’s creator, who goes by the pseudonym, Satoshi Nakamoto wrote, “The central bank must be trusted not to debase the currency, but the history of fiat currencies is full of breaches of that trust’‘

The digital currency which is run on blockchain technology makes it decentralized. Many people around the world have been attracted by its features and has led to the creation of other coins alike.

Today, the crypto market is worth trillion of dollars but the issue with its volatility has raised eyebrows. The current meltdown has raised more questions about cryptocurrency in the future. 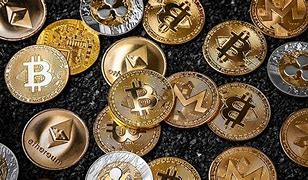 Bitcoin & Other Cryptocurrency in Harsh Times

Nearly 70% of economists believe that the U.S. economy will slip into a recession next year due to a hawkish Fed. This is coming at at time when the crypto industry is going down.

After the collapse of Terra’s UST & LUNA, Bitcoin and other crypto assets has witnessed a huge meltdown.

Ether, the second-largest cryptocurrency after Bitcoin, dropped by more than 80% to $880 lows during the ongoing bear cycle. Other top altcoins like Cardano, Solana, Polkadot, etc are not left out.

Simultaneously, the entire crypto market lost $2.25 trillion in the same period, hinting at large-scale demand destruction in the industry.

Bitcoin has tumbled severally and got back to its best. Some crypto enthusiasts have also predicted a bounce back for Bitcoin and have advised the dip.

The current situations where it has reached its all-time low is a concern for the industry. This has actually demonstrated that crypto isn’t immune to global economic forces.

Many of the so-called alternative cryptocurrencies, or “altcoins,” have dropped to their deaths this year. With some low-cap coins, in particular, logging over 99% price declines.

However, as for BTC, there is little evidence for total demise. It has had confrontation with six bear markets (based on its 20%-plus corrections) in the past, each leading to a rally above the previous record high.

Experts have stated that projects with healthy adoption rates and real users could come out on top in the wake of a potential global economic crisis.

Bitcoin has survived harsh times in the past and has rallied to be better. The looming recession has raised many questions about the survival of BTC and other crypto assets.

Although small cap altcoins are already fading out as well as crypto platforms. Only time will tell what would be for the assets with healthy adoption rates and real users.